Too Busy to Learn Spanish? Try These 5 Time-Saving Tips 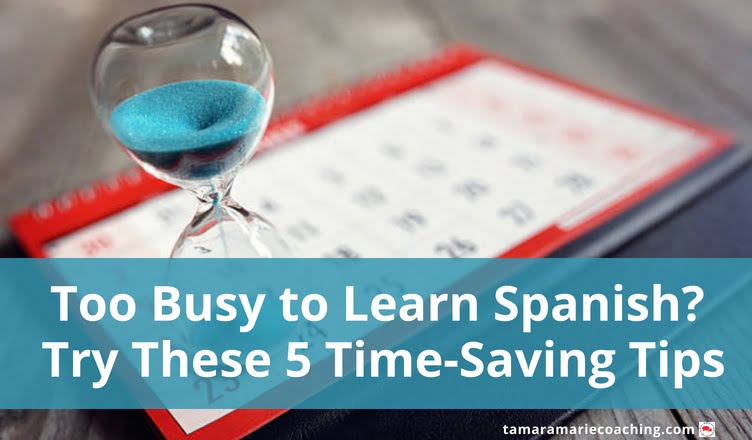 This article is a guest post by Shannon Kennedy of Eurolinguiste: a website dedicated to sharing language and travel tips.

It’s a complaint I hear often. Usually from people who have always wanted to learn a language but haven’t found the time. And admittedly, I even hear it from those who are learning a language but feel they aren’t doing it fast enough.

But is it true? Are we really too busy? Or is it something else?

As someone who’s always answered the question “how are you?” with “busy”, this is a question for which I’ve searched long and hard for an answer.

You see, language learners twenty years ago didn’t have the resources we have today. Things like timed apps such as Drops that encourages you to do just five minutes of intensive vocabulary study. Or Memrise, a learning tool always within reach on your smartphone… But more importantly, they couldn’t reach millions of native speakers of their languages around the world instantly. Instead, if they wanted to learn a language, they had to work with tools and resources that were comparatively slow.

When everything is just a click of a button away for us, why does it seem like we have so much less time than those learners from the generations before us?

Our days, more often than not, feel like they're filled to the brim. As though there just aren’t enough hours. When our schedules are packed full, where do we find the time for language learning? Something that can seem extra, just another thing on top of all the other stuff we're already doing.

I've found that one of the best ways to determine when you have time for language learning in your day is to take a close look at your daily routine. To actually track exactly where your time goes for a few days. Once you've done that, you can take an honest look at what you spend time on. What's necessary and what isn't. When you have dead time and when you have downtime.

But sometimes, having the time to learn a language isn’t really an issue of time. Instead, it’s an issue of motivation.

And because we have trouble finding the motivation to learn a language, we also struggle to find the time to learn that language.

Whether it's time or motivation keeping you from finally learning that language, here are 5 tips to help find both.

Think about your “why” for learning the language. What difference would knowing this language make in your life? What benefits would you have from knowing it? What new things would you be able to do?

Tip #2: Don’t Wait Until the End of the Day to Study

With busy work and social calendars, we often wait until the end of the day to squeeze in language learning time. This, however, is often the worst time to study a language.

At the end of the day, we’re exhausted and often, would rather relax than try to muster up the energy to sit down and study.

Instead of waiting until the end of the day to finally study your language, instead, try to fit it in earlier in the day. This is a nice “energy management” tip and an important means for getting the most out of the time you have each day.

Tip #3: Do Short Study Sessions Rather Than Long Ones

Your daily language study doesn’t need to be one long study session. This is a common misconception. Instead, breaking up your study time into several ten to fifteen-minute sessions spread out throughout the day can be more effective. The quality of your study doesn't come from the amount of time spent each day, but the intensity of the time spent.

By planning for shorter study sessions, it’s easier to allocate time to learn and make sure that you get at least a little bit of study time each day. A significantly better alternative to none at all – what would happen if you couldn’t fit a solid hour in that day.

Plus, when you return to your language several times during the day, the odds of the material sticking are much higher. The more exposure you get to what you’re learning, the more likely you are to remember it.

When you procrastinate, your tasks often build up to the point that even just thinking about the fact you’ll need to do them is completely overwhelming.

The same applies for language learning. When you skip study sessions, the amount of review you need to do to be able to move forward with new material stacks up. And that can be intimidating.

So how do you make something like language learning seem less overwhelming?

By doing a little bit every day.

That way, your study doesn’t become this long, frustrating review session at the end of the week when all you’d rather do is relax.

Tip#5: Cut Out the Busy Work

I’ve caught myself doing busy work more often than I care to admit. All those tasks that I find filling up my schedule because they make me feel like I’m doing something are often nothing more than a waste of time. We get caught in their trap because doing them makes us feel good – like we’re getting stuff done.

But really, they’re preventing us from doing what actually matters.

In language learning, there’s a lot of busy work that sneaks us and tricks us into thinking we’re working hard. If your language studies aren’t challenging you, it’s probably just busy work.

To Sum it Up

If you find that you're too busy to learn a language, one of these five tips may help you find the motivation to reevaluate your thoughts on what language learning should look like. By making a few tweaks to your daily routine, you can fit language learning in – even if it's just a few minutes each day.

Shannon Kennedy is a graduate of Queen’s University Belfast in Northern Ireland where she gained both a Master’s degree in Music and a passion for language learning. She is the writer and language enthusiast behind Eurolinguiste, a website dedicated to sharing language and travel tips. Her language learning adventures truly began with Italian, German and French at university. She has has since added Croatian, Russian, Korean, Spanish, Japanese and Chinese at various levels to her repertoire.

Want to plan and track your Spanish study more effectively?  Check out the Weekly Planner for Spanish Language Learners. 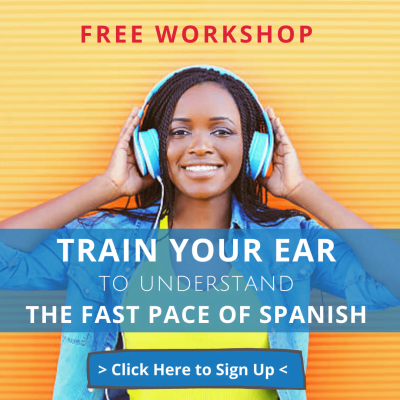